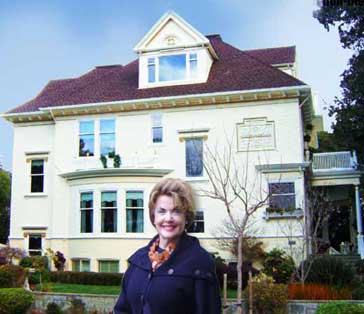 Homeowner and AAPS member Jeannie Graham purchased this Gold Coast gem in 1999. Her interest in preservation and care of her home has led to its designation as Alameda Historical Monument No. 30.

Woody will discuss the significance of the Bruton House, describing its architectural elements as well as its neighborhood setting.  He will give some tips on how to research your historic home, providing an overview of sources as Sanborn maps, assessor’s maps, deed conveyances, building permits, newspaper articles, and census data.  And he will tell about the process of preparing landmark nomination reports.