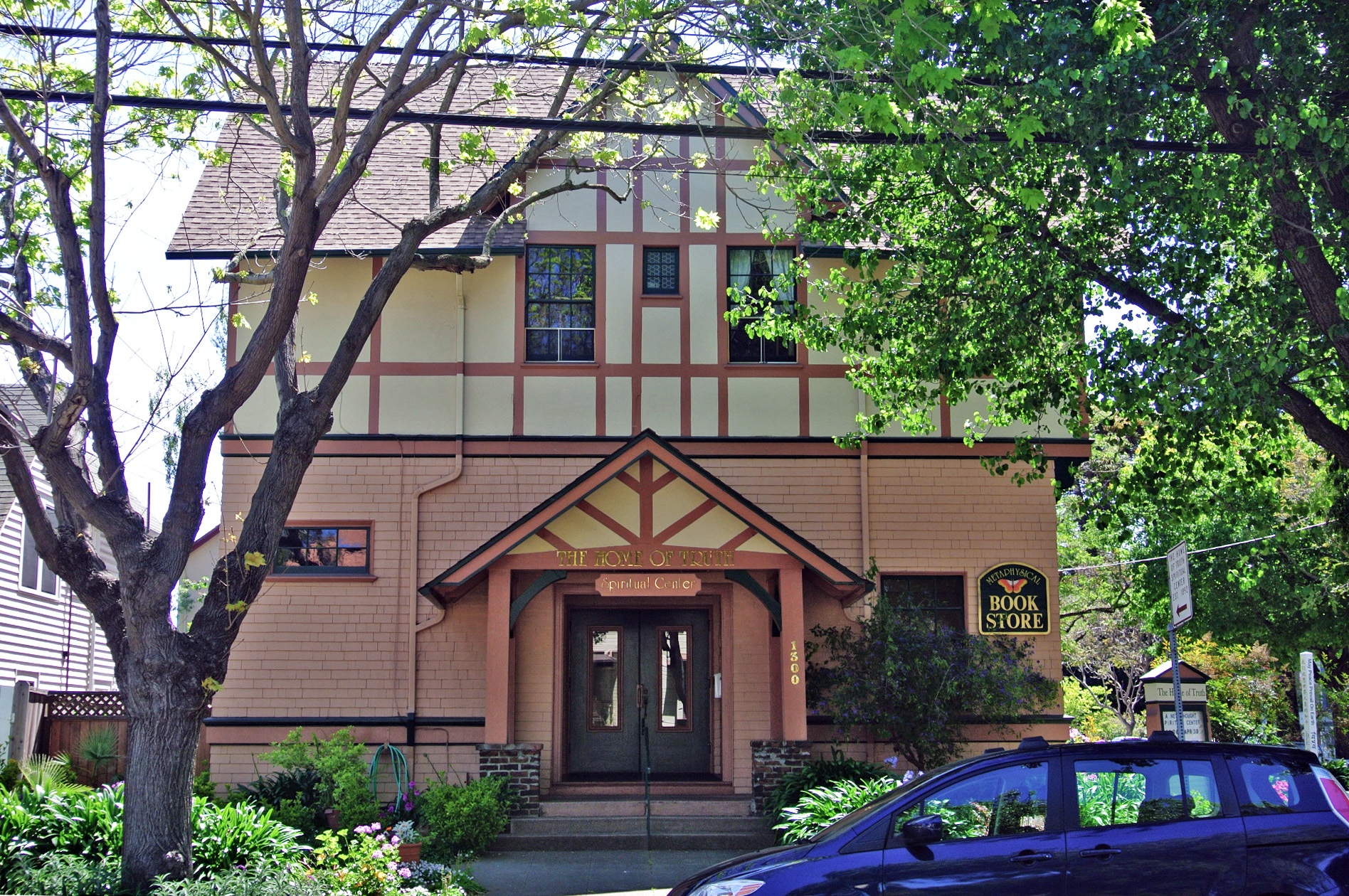 Maintaining the Home of Truth

Story by Jerri Holan
Award Recipients: The Home of Truth Board and Community

Looks can be deceiving. When you drive by the building at 1300 Grand, at first glance, you think it’s another large, beautiful Alameda home. However, upon closer examination, you notice the sign in the front yard and a bookstore sign next to the front door. And then you spot the small, shiny brass letters over the front door, HOME OF TRUTH, Spiritual Center.

The Home of Truth was established in San Francisco in 1887 by the sisters Annie Rix Militz and Harriet Hale Rix, luminaries in the New Thought Movement. A branch church was established in Alameda several years later, followed by others up and down the coast and across the country.

Today, only the Alameda facility remains. After hearing a New Thought Movement lecture, Annie Rix learned to cure herself of migraines and deafness. She was inspired, along with her sister Harriet, to found the Christian Science Home in San Francisco, soon renamed the Home of Truth. Through their travels and efforts, more than 20 other Homes were opened across the U.S., beginning in Alameda.

The 1905 shingled and half-timbered Arts & Crafts design has a relaxed, residential feeling—a non-traditional approach contrasting with the formality of most church architecture of the period. The architect, Bert E. Remmel, was an Alameda resident who had designed a number of homes in the Gold Coast. The shingled house next door at 1709 Alameda Avenue, also by Remmel, was built at the same time. Now a private residence under separate ownership, it first served as the home of the sisters’ mother, the widowed Alice Rix, who provided the funding for both buildings; she lived there until her death in 1915. Harriet Hale Rix herself lived on the upper floor of the sanctuary. 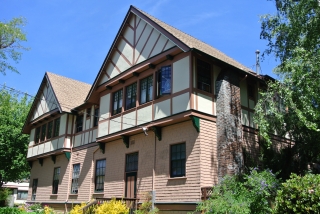 Tudor-inspired, the Home of Truth at 1300 Grand Street features wood shingles and divided-lite, double hung windows on the ground floor. Upstairs, the modest Church is finished with stucco and half-timbering and utilizes divided-lite casement windows. On the west facade, two large gables anchor the building amid mature trees.

As one enters, one notices the brick column supports on either side of the stairs. They are an early example of clinker bricks, often misshapen bricks made denser by their proximity to the hot kiln fire. Clinker bricks were named for the sound they make when struck together. They were first used in English walls during the 19th century and were made popular in California during the Arts and Crafts movement. No two bricks are alike. The chimney at the rear of the building also features similar clinker bricks.

Inside and out, the simplicity of all the Home’s details speak to a concern for spiritual well being over a desire to impress in the physical world. The backyard gardens, too, provide a quiet place for reflection and conversation. The Garden House was added in 1928 and is used for Sunday School, community events and group meetings.

The Home in Alameda has been in good hands throughout the years. The handsome facade has not been altered and many of the improvements are unseen. The foundation was replaced and in 2011, the Church upgraded the entire electrical system. In 2013, the large roof was reshingled. With the blessing of the congregation, Ellen Dougherty, a Church member, improved the gardens. More recently, The Home hired renowned color specialist Bob Buckter to select custom colors for the Arts & Crafts home and Olsen Painting executed the work wonderfully. Charming new garden fences are also a new and welcome addition to the complex and when they were installed, the steps leading from the Home to the garden were also finally brought up to code.

Today, the Home of Truth is in the process of removing a 750-gallon underground diesel tank and will replace their antique sewer lateral at the same time. AWR Remediation of Alameda has expertly handled what could have been a very hazardous situation.

Thanks to the current Board and past members who have contributed to the building’s health and well-being, the Home of Truth is as beautiful today as it was when it was built in 1905. And with all its improvements, it’s ready for the 21st Century.