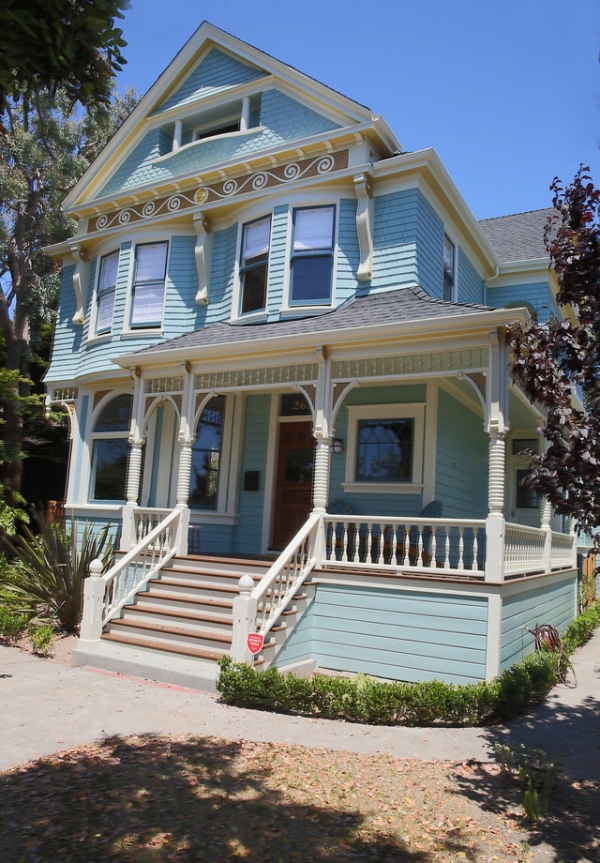 The restoration of 2631 San Jose Avenue is a testimony to some inspired sleuthing, neighborliness and dedication to getting things right. 2631 San Jose Avenue was built by Joseph Leonard in 1894 for a lady named Fanny Crafts, at a total cost of $3,500. This two-story Victorian changed hands a few times over the next 120-plus years until it was acquired by the current owners, Ted and Anne Rogers, in 2016. The Rogers were determined to revive the faded beauty both inside and out, and embarked on a close partnership with the highly talented Buestad Construction and Saikley Architects. Restoration was accomplished over the next six months. 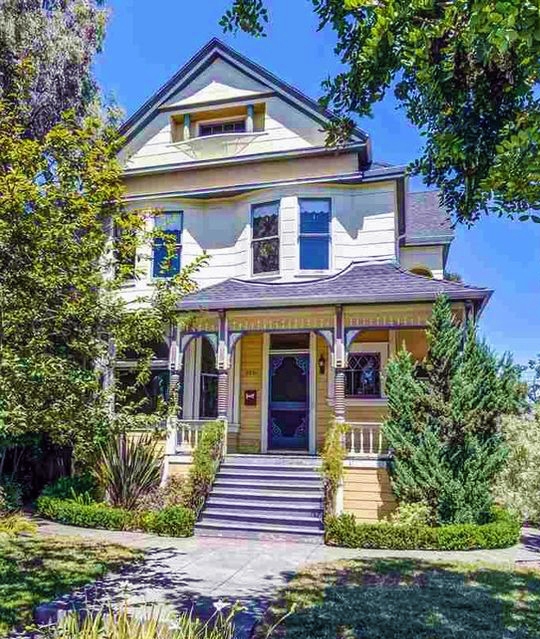 The asbestos shingles were completely removed throughout the second floor and attic levels. Doing so exposed some intriguing “ghost shadows” of scrollwork between the second story and attic on the front of the house.  Ken Carvalho of Buestad Construction consulted one of George Gunn’s architectural reference books on other homes built by Joseph Leonard, scouting for a similar home with intact details.   He found a home in Leonardville in the 1800 block of Clinton that was a pretty close match, and with the support of those homeowners, was able to obtain enough information to restore this lovely feature on the front of the home, as well as the front porch balustrade.

The original three-dimensional sunburst under the gable was permanently lost when scraped away to allow for the asbestos shingles. Owner Ted Rogers sketched the replacement for Buestad Construction to fabricate based on reviewing other examples of Joseph Leonard’s work; looking at it now, you would be hard pressed to tell it was put on in 2017.

The three large corbels at the upper level on the San Jose elevation were reproduced by JP Frary – each weighing approximately 200 lbs, again working
from Ted Rogers’ sketches.  Buestad Construction produced the small corbels and dentil work from examples on the Clinton house.  The badly damaged window sashes were replicated by Golden Gate Sash, and as well as the period front door that Ted Rogers helped design from examples he found at salvage yards.

The home was then lovingly repainted by Platypus Painting, with eight colors and gold leaf chosen by Lynne Rutter, a color consultant in San Francisco,
based on the owner’s color preferences.