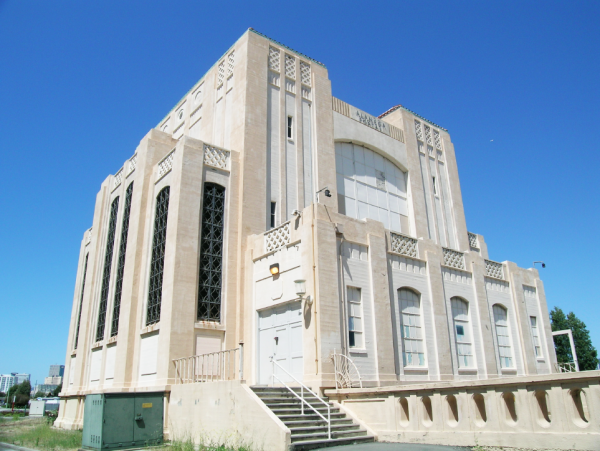 One of our most iconic structures is the Alameda Portal which is the entrance to the Posey Tube that carries vehicular and pedestrian traffic from Alameda to Oakland.  This beautiful Art Deco structure was designed by prominent Alameda architect Henry Meyers in 1928. His work includes ten veterans buildings throughout Alameda County, numerous public buildings and churches, as well as his home, The Meyers House and Garden. His home and the Alameda Portal are both City of Alameda Historical Monuments.

Incidentally, the Posey Tube is the second-oldest underwater vehicular tunnel in the United States, preceded only by the Holland Tunnel on the East Coast. The Posey Tube was named after George Posey, Alameda County Surveyor during the tunnel’s planning and construction, and also chief engineer on the construction project. The Webster Street Tube opened in 1963 to carry the increased traffic between Oakland and Alameda. Both are immersed tubes, constructed by sinking precast concrete segments to a trench in the Estuary floor, then sealing them together to create a tunnel. The Posey Tube replaced a swing bridge that interfered with maritime traffic. The Alameda Portal also houses the exhaust and fresh air fans for the Posey and Webster tubes. The design for the ventilation of toxic vehicular exhaust fumes was modeled on that of the Holland Tunnel, and Ole Singstad (who designed the pioneering ventilation of the Holland Tunnel) was consulted.

Funding for the restoration and rehabilitation of the Alameda Portal, as well as the Posey and Webster Tubes, came from the State Highway Operations and Protection Program, and was managed by the California Department of Transportation. The project was approved for both safety and historical reasons. It was noted in the project description that all work would conform to the Secretary of the Interior’s Standards for the Rehabilitation of Historic Buildings. 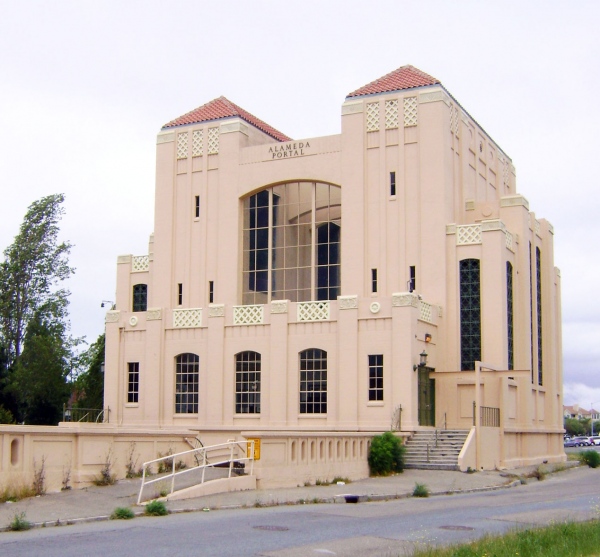 Construction began in December 2015 and the major work was completed in January of 2017. The results are stunning! One first notices the salmon color of the Alameda Portal; the original paint colors were identified and replicated. Perhaps next one notices the historic light fixtures on top of the pylons that were refurbished by JAM Services in Livermore. Based upon original designs,12-54 Industries in San Marcos manufactured the new light fixtures on the approach structures above the sidewalk. The windows glisten; the asbestos board windows were replaced with impact and glare-resistant glass. Cluttered signage at the approach was removed to provide better visibility of the structure’s pylons. The new railings are reminiscent of the original design and provide pedestrian and bicycle safety.

There was much rehabilitation inside the building as well: drop ceilings and asbestos flooring were removed; walls, ceilings, and floors were repaired and repainted. New spotlighting was added to the exterior of the portals. Closed circuit television cameras were installed. Roof drains were repaired. Of further historical interest, decorative relief panels removed in the 1960s were recreated based on original drawings. These eagle, chevron and wheel reliefs are visible on all four exterior sides of the Alameda Portal.

Alameda Architectural Preservation Society looks forward to seeing the final details of this amazing project. We thank Noah Stewart, the Branch Chief of Built Resources and Architectural History at Caltrans for answering our many questions.