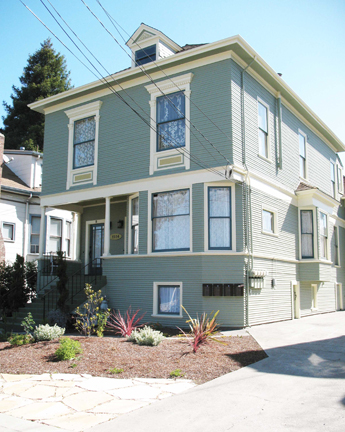 This four unit Colonial Revival in the heart of Alameda has been restored by its current owner inside and out over a period of six months. The garden has been professionally landscaped. Significantly, the foundation was replaced, as well as seventeen of the windows and three of the doors. All units were given new heating systems, old carpeting and linoleum were removed, and wood floors were repaired and refinished.