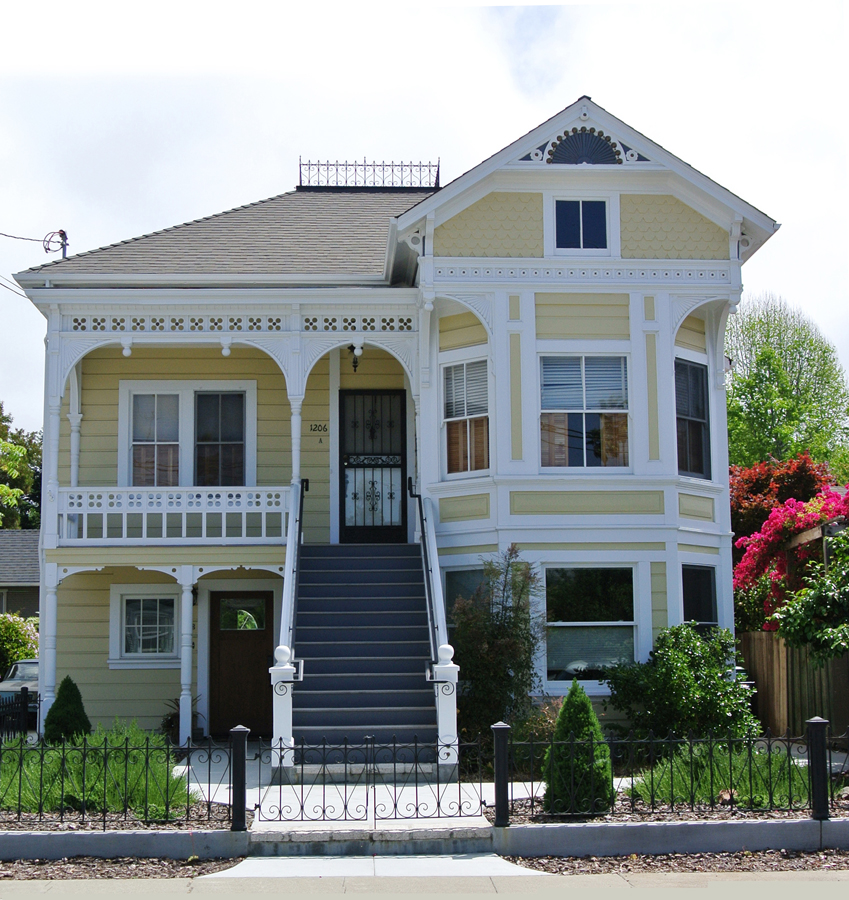 1889 was a good year for the Ironside Family. It was the year their Queen Anne Cottage at 1206 Ninth Street was built. Fifteen years later, in 1904, Susan Ironside’s grandfather, a carpenter from Sweden, bought the house. In 1915, the same grandfather turned the basement into a lower unit. And even though Susan’s grandfather was a talented man, he WAS a builder. The cottage was quite cold and his idea was to eliminate the 11’ tall drafty rooms and tall windows to warm it up, so sometime in the 1940s, he lowered all the windows and ceilings to 9’. . . however, he did repair the rotten stairs and left enough of the original balusters that they could be recreated today.

One hundred years later, in 2010, Susan’s mother passed away and left the home to her. Thus began the current project with a simple desire to improve the downstairs unit and replace the stairs which had, by now, rotted again. But, in order to prove the unit was legal, first Susan had to find the original 1915 Building Permit her grandfather used to build out the basement. A real live, genuine example of the “grandfather process,” she finally found it in the County Assessor’s office.

According to McNeil Construction, the Contractor, almost $600,000 has been spent on extensive renovations which are almost complete today. The cottage has been completely upgraded and brought into the twenty-first century. 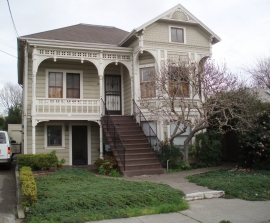 The first thing the family did was gut the basement, replacing the entire brick foundation and seismically retrofitting the house. With the idea of a net-zero home, Susan’s son, Dean, who currently lives in the house, installed a full solar and photovoltaic array which powers the water heater and a radiant floor hydronic heating system. Once the 20 PV panels were installed on the roof, Dean’s family needed access to the panels. Apparently a fire had destroyed the original Widow’s Walk and with the excuse of needing access to the solar panels, the family rebuilt a new Walk on the flat portion of the hip roof.

They then proceeded to rebuild the main front stairs. Using an old family photo of Susan’s along with some of the original balustrade, they recreated the wooden stairs you see today, matching the original upper balustrade. With custom iron handrails as a finishing touch, the stairs are truly a piece of craftsmanship. We’re certain they would meet the high standards of Dean’s Swedish great grandfather. Susan and Dean didn’t stop at the front of the house. They eventually tore off the rear porch and rebuilt it to match the original house. And they aren’t done: Dean tells us he has plans to gut and rebuild the upstairs. He will eventually restore all of the windows to their original height when the ceiling is restored, he even has some of the original rosettes. . . Old homes get better with age.

In this case, the home has aged gracefully with the family for over 100 years, easily accommodating all of Dean’s modern amenities. So we’re pretty confident that when Dean’s daughter grows up, she will be a good steward for the home for the next 100 years.