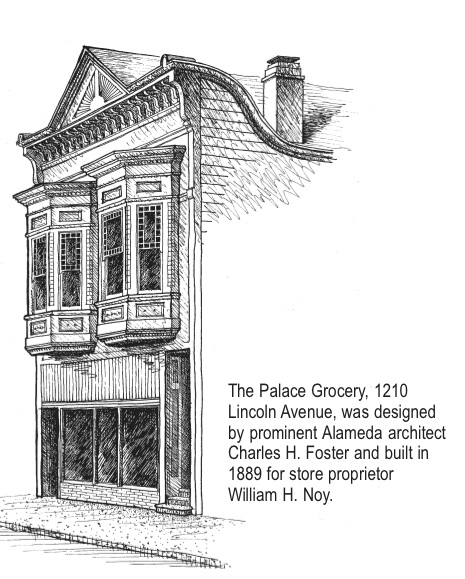 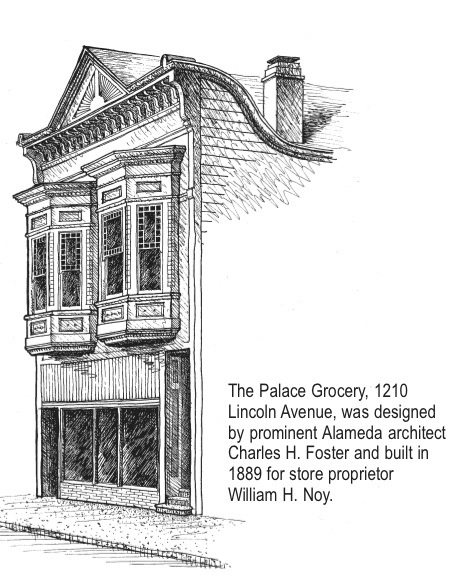 “This Place Was Our Destiny”

Mrs. Dzevahira Ahmetspahic first saw 1210 Lincoln Avenue on a late and murky Friday evening in the fall of 1997. She had been alerted to its sale by realtor Jerry Donalds, who called to say, “I have to show you something right now. And after you see it you won’t be able to sleep!” So we looked at it by flashlight because the electricity was turned off. “It was old, and it was so beautiful. I knew it was our destiny because this building had been abandoned and neglected since before I was even born!”

The building and its massive repair work also helped Mrs. Ahmetspahic and her family through the harrowing process of leaving their professions and their home during the war in Bosnia and coming to America as refugees. “We came to Alameda because, in the early 1990s, my father’s uncle married an American woman who lived here. They had the same name as I did, although they don’t speak Bosnian and have never been there. When war started in Bosnia, they were concerned about us. When we escaped from Sarajevo, we went to Croatia, and I was absolutely lost. Then I heard you can go as a refugee to America, and I contacted my relatives here and we all came over together.”

“When we first went into this place, it was like a haunted building, many years without any care. There were holes in the ceiling, and the windows were broken. The walls were powdery plaster with lead paint and asbestos. So we had to pull all that down, pack it in boxes, store it in our basement and pay someone to dump it. We had a lot of help from our family. It was really a big project.”

“My husband and I used to walk on Lincoln, and I would point out this beautiful old building that was so full of history. There was a ‘for sale’ sign, but I didn’t bother to call because I knew that it was expensive and needed a lot of work. Jerry said he thought it would cost about $200,000 to repair the building if you had to hire people to do the work, but he knew we had a lot of relatives to help. Actually, when we started out, we didn’t know how to do the work or how hard it would be but we did it anyway!”

“My husband Mehmed and I live here with our two children Tarik and Leila, who go to Washington School. We brought over Mehmed’s brother Samir, his wife Saida, and their son Juso. They also have two children born here, Mirza and Elma. My husband’s father, Meho, and his sister, Behija, also immigrated and they helped us. Everybody pitched in. I was here many hours each day, from early in the morning until after 11:00 pm when the people from the pizza shop across the street went home. “

“The wood was painted in many layers of enamel, all cracked and crazed and peeling, the doors, the stairs, the windows, everything. The floor was covered with layers of red, like you would use to paint an old ship. We rented a big machine, and I stripped everything. After I finally took off all the old paint, we decided we like the color of the redwood. Instead of new paint, I put on a clear coat as protection so we could enjoy the wood.”

“None of us knew how to renovate buildings before we moved to this house. I was a doctor—and OB/GYN – in my country, and my husband was a lawyer. He knew about electricity, but I really knew nothing about working on houses. I started to take paint off a pocket door with just a little hand tool. I was scraping away at the enamel, and my American cousin Rizzy finally told me how to use chemicals and a heat gun. Otherwise I would still be working on this door!”

“We did everything in the house twice, the first way and then the right way! People from the City, the inspectors and everyone, were wonderful to us, especially Robert Hahn from the Community Development Department. I called him because I knew that this house had historical value. He helped us with a loan and a grant for the work.”

The property includes a full basement and a commercial storefront on Lincoln Avenue, where William Noy had his Palace Market. The Ahmetspahic family has put in a new foundation and redone the framing for the store, which will be finished when they find a tenant.

“When you have a normal full life like we had in Bosnia, you work on yourself for thirty five years, you get your medical degree, you become a doctor, and suddenly war destroyed everything. I lost my father and my property, but the worst was when I lost my personality and my profession. This house helped a lot because working on it from morning to evening I was too tired to think about coming to a new country with two small children and two suitcases.”

“Luckily, my husband was an optimist from the first day. He said, ‘This is a safe country; there’s a good future here for our children.’ He wanted to buy a house, but I was like a ghost back then, for me everything was dark. When we bought the house I worked hard and everything became much easier. The house healed me.”

Now that the building is livable, Dzevahira—nicknamed Janna—is returning to the practice of medicine. “I enrolled in a Master Physician Assistant program at Samuel Merritt College in Oakland. I will get my degree next year and start working; then my husband can go to school and be an attorney again. We came to a new country and found lots of opportunity as long as we work hard. I feel like an American pioneer!”