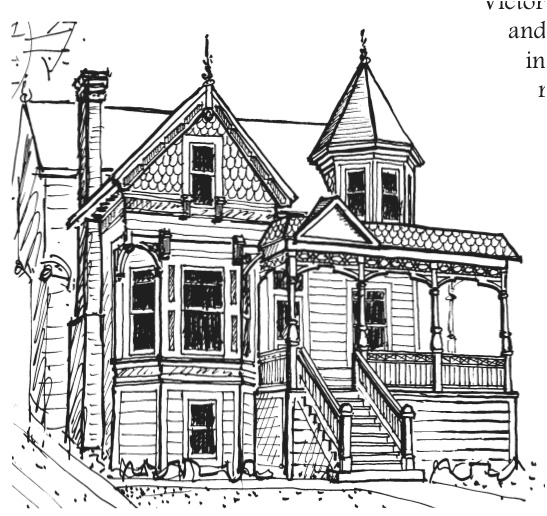 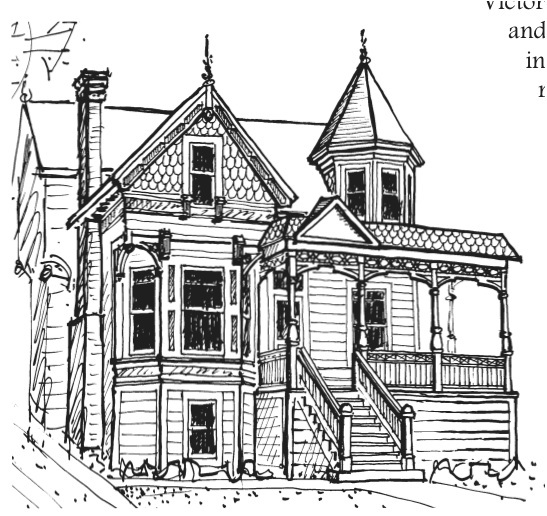 The Jewel Beneath The Shingles

Robert and Yoko Anderson received an AAPS historic preservation award for their handsome interpretive restoration of the 1896 cottage at 1315 Caroline Street.

Their Queen Anne home had been rudely disguised by previous owners: its facade was smothered by wooden shingles in an attempt to convert the house into a Craftsman bungalow. More outrages ensued: its Victorian porch was supplanted by a Colonial Revival one, and its ornamental millwork was either amputated or hidden. Two fires, one in 1915 and a second in the late 1930s, may have occasioned these changes, according to the owners. In addition, the building was converted into a rooming house during World War II, when serious alteraions were made to the interior, such as installing kitchenettes on the second floor and relocating the stairway.

The Andersons bought the cottage in 1987. In addition to its exterior misguided improvements and interior remodeling, it had been poorly maintained. A previous owner tinkered with heavy equipment, which he stored both outside the house and possibly inside it, as oil stains were found on the living room floor. Rusty cars frequently doubled as lawn ornaments.

The original design of the house is a mystery, and no photographs were found, so the Andersons relied on the scars of missing trim to plan their facade restoration. Under the wooden shingles, they discovered channel rustic siding, and they found the original paneling and trim intact on the front bay window. They referred to 19th century millwork catalogues and Victorian house plan books, as well as to the designs of similar homes in Alameda, both for inspiration and to insure that their work had the right “feel” to it.

The Andersons began their restoration project in 1989, and they have almost completed it, although as Robert said, “It’s unlikely it will ever be really finished.” To renovate the outside of the house, Robert reconstructed the porch and milled replacements for missing decorations. He expanded the second story with an octagonal tower that brightened the north-facing bedroom, and he converted the existing dormer shed roofs to gabled ones.

Robert made the flat-sawn ornaments: brackets, and railings and a frieze for the porch, as well as 2500 fishscale shingles. He also built new wood windows, jambs, and the front door. Three San Francisco companies provided replacement moldings, new porch columns, other turnings, and plaster ceiling rosettes: Lowpensky Mouldings, San Francisco Victoriana, and Haas Wood and Ivory Works. Robert installed the porch railings, doors, windows, shingles, and ornamentation himself. Although Robert had an owner-builder permit for the work, professionals were employed to ensure code compliance.

The interior has naturally-finished redwood trim and gasolier-type fixtures the Andersons made with parts from Victor Electric in San Francisco. The house now has nine rooms and two baths, including one with a Japanese furo (bath) and a combination shower and steam room behind its Victorian four-panel door. They also installed an in-house vacuum cleaner, believing that while exterior renovation should be consistent with the original era, the owners are allowed some individuality and modern comforts in the private part of the house.

When AAPS NEWS asked Robert what he had learned, he sighed, “It’s taken us so long . . .I know I’ll never do it again!” Then he thought some more, “But there is a little cabin in the Mother Lode I’m interested in . . . .”

This cottage was originally owned by Alice M. Chipman, the daughter of William W. Chipman, co-founder of Alameda with Gideon Aughinbaugh. Alice’s mother, Caroline Chipman Dwinelle, for whom Caroline Street is named, built more than a dozen speculative houses in Alameda; perhaps 1315 Caroline is one of them.