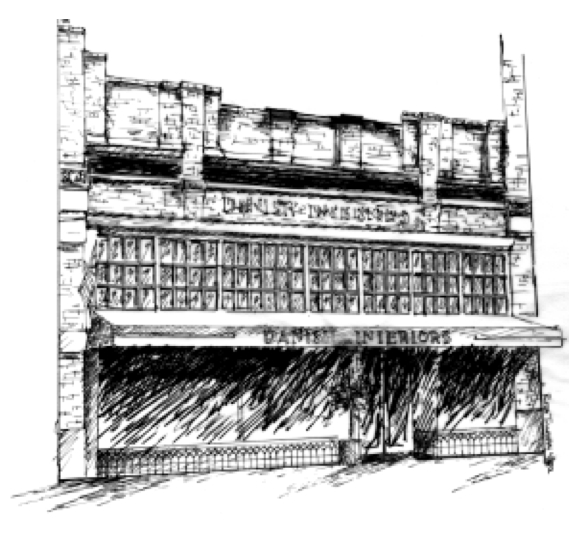 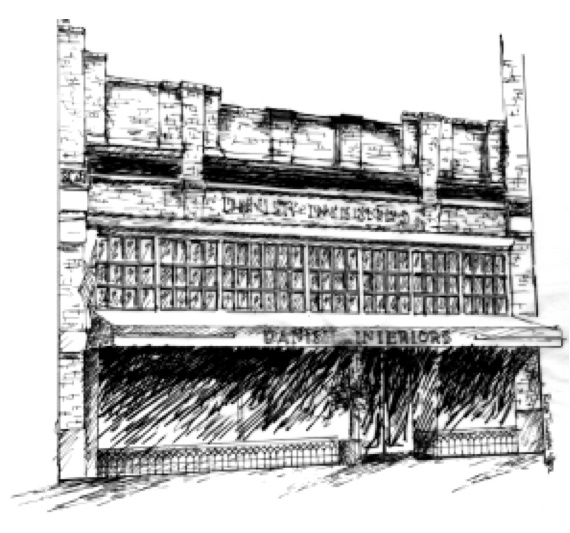 In 1997, Per and Carol Nielson purchased Danish Interiors from prior Danish Interior owners who had owned and operated the store for more than 30 years. When the Nielson’s purchased the building, the felt the storefront didn’t seem to complement the attractive and distinctive Danish Interior furniture they wished to invite customers to see, feel, appreciate and buy. They felt the curbside and sidewalk view was tired and not particularly attractive. Immediately, their quest toward renovation and restoration began.

Danish Interiors is historically known as the Randolph Building. In 1891, Daniel L. Randolph, a San Francisco real estate investor who had resided in Alameda since the mid 1880’s, purchased an L-shaped parcel from the Masonic Building Association. In the fall of that year, Randolph commissioned drawings for a two-story building on the Park Street frontage of his property—the architect being a chief draftsman for Joseph A. Leonard, Co. – a prolific Alameda design and building firm. The construction of the building began with a budget of $8,000 and was completed six months later. Mr. Randolph maintained the building until 1920, with professional tenants occupying both floors. In 1924, Park Street merchant John Damianakes, who operated the ‘New Alameda Market’ through the 1940’s, purchased the space. No one is absolutely sure when and why the 2nd floor of the building was removed–but today, this single story building thrives along with the magnificent Masonic Temple structure its south wall shares. Due to the significance of the materials and craftsmanship of the 1325 Park Street building, it is a contributor to the Park Street Historic Commercial District, which was listed on the National Register in 1982. It is through the Registry listing that the building was able to receive a Grant through the Alameda Storefront Assistance Program.

The $4,500 Grant—thanks to Bob Haun, Reconstruction Coordinator for the Alameda Planning Department—didn’t pay for all the work and effort contributed to the redesign and reconstructed storefront, but it was a valued resource and support for the business.

The renovation that the Nielsen’s went through started from the top and went down. There were loose and missing bricks that required replacement. The top windows were boarded up with wood paneling. Eleven panels required replacing, but the rest of the true divided light windows were in perfect condition. The redwood framing was rotted out and needed replacing. Then came the tile…when the rest of the restoration work was underway, the owners noted that some liquid from the top-down refinishing removed the finish of the brown trim base. To the owners delight, the underneath revealed beautiful blue ceramic tiles emerged. Immediately, the decision was made to remove the rest of the brown cover to reveal the beautifully preserved blue ceramic tile surround.