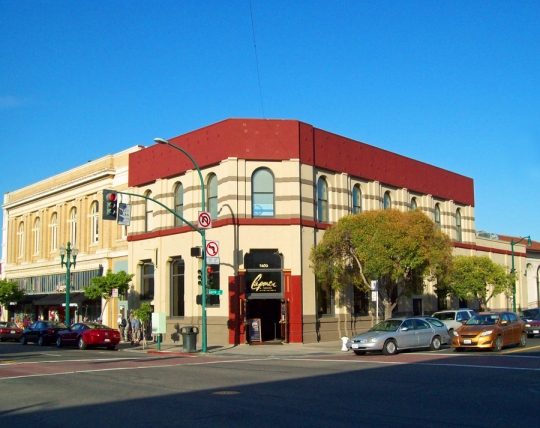 Architect William Patton (1821-1899), one of the most influential architects practicing in the High Victorian Style, lived in Alameda. Born and educated in England, he had come to California, as one of the original ‘49ers, who had arrived from all parts of the world. Like most who came in ‘49, Patton found mining for gold to be hard going, and financially unrewarding. He soon turned to designing buildings in order to make a living. By the 1880’s, he was a very successful architect, securing prestigious commissions including San Francisco’s 1889 City Hall, which was destroyed in the 1906 San Francisco earthquake and fire.

As an Alameda resident, he made the acquaintance of Capt. R. R. Thompson, who commissioned him to design the Artesian Waterworks, at 1412 Park Street, a building which supported a 240,000 gallon domestic water storage tank over 30-ft up in the air! Captain Thompson and others had organized the First Bank of Alameda in 1879, and in 1887, they decided to relocate the bank to a new building to be built on land owned by Thompson at the corner of Park Street, and Central Avenue. William Patton was commissioned to do the design. Designed in the High Victorian Style, the building was decorated with cast iron and stone elements, including a balustrade around the top and a bracketed corner balcony over the entry. The Banking Hall was later remodeled, and a rear two story addition constructed, in 1902.

Between 1888 and 1995, the building was continuously occupied by various banking businesses. Wells Fargo was the last, occupying the building from 1960 to 1995. The banking industry was rapidly evolving to meet the new and changing demands of consumers. Bank branches became uneconomical to operate, especially those located in old downtown areas with limited parking. When Wells Fargo left, Uniglobe Travel occupied the premises, but with the onset of the internet, the travel business changed, and they also left. The building began its decline into a decade of vacancy. 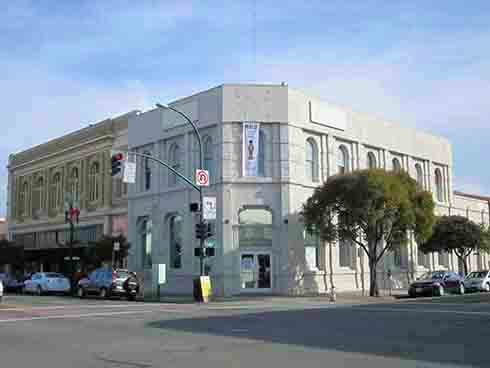 Many in the community, as well as the building’s owners themselves, wondered if there would ever be a tenant, who would be the right fit for the building, and who would be willing to invest the money and make the commitment required to bring the building back to a condition approaching its original glory. A complication was the fact that common facilities were shared across a legal property line, with the building at 1410 Park Street next door. Even the stairs to the second floors of both buildings are shared. While seismically upgraded, both buildings still required many quite expensive Accessibility Upgrades to be code compliant.

Three years ago, Mark Strachan was looking to open an upscale nightclub and restaurant. His initial searches for a location in Danville were unsuccessful. Happening upon Alameda, he was charmed with its abundance of old buildings, which supported his vision for his new business venture. In January 2014, the building’s renovation began. Its conversion from a bank to a restaurant and nightclub dictated that no part of the building remained untouched. To maintain its historic character, many architectural finishes and features were restored, repurposed, or refinished. Giulio Accornero, Jr., the building’s owner, financed the exterior renovation. With a vibrant new use, 1400 Park Street has regained the prominence it enjoyed so many years ago, and in the bargain, Alameda is much the richer.