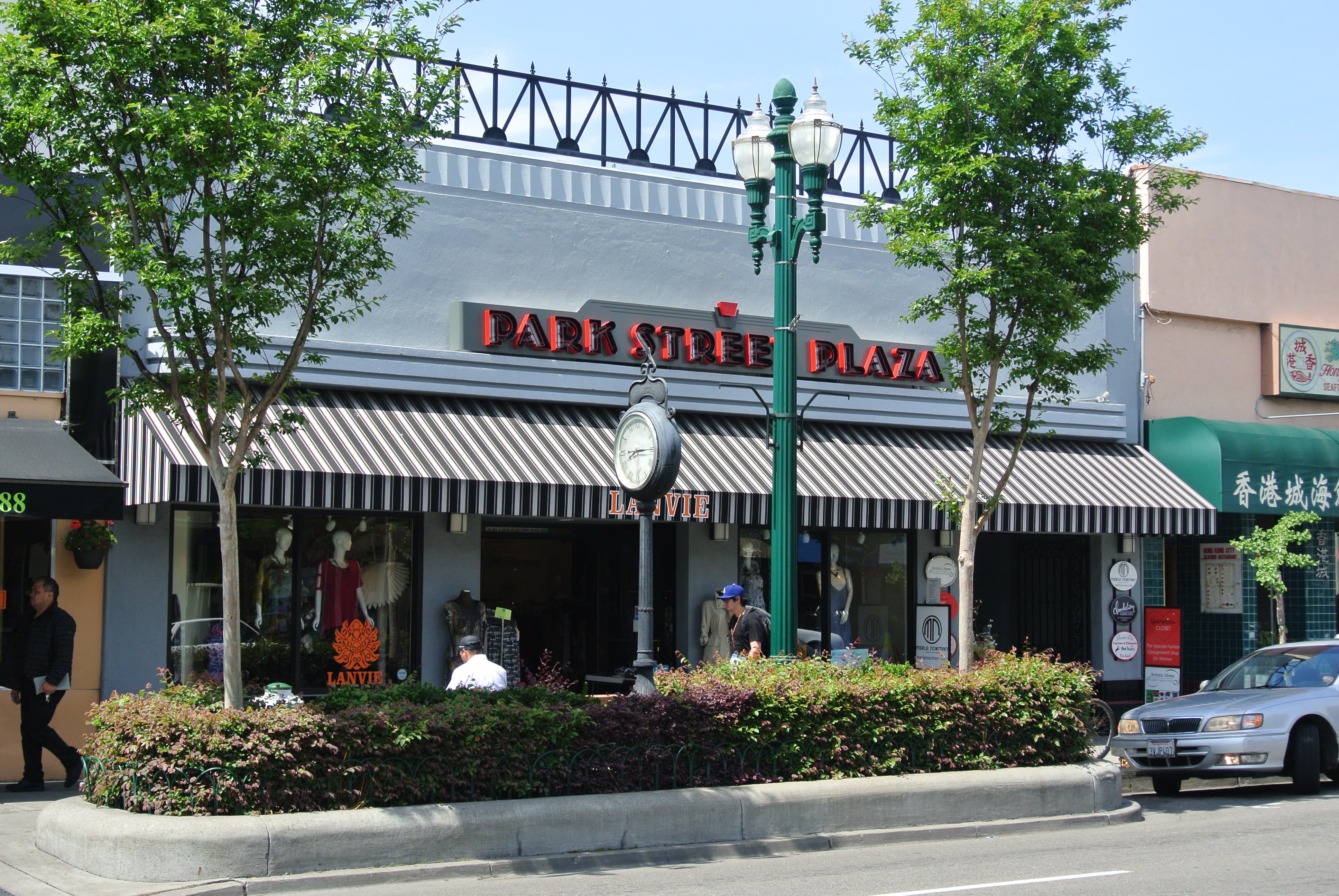 Deco Darling Gets Dolled Up

Even back in the 1930s, Park Street was an important commercial thoroughfare in the heart of Alameda.  But back then, it was a new era—the country was slowly climbing out of the Depression and Art Deco was swiftly becoming the preferred style for the new age.  Confident, vibrant, and electric, it was different from styles of the past and its new message fit the new Park Street community.  The ultimate expression of this style was the Alameda Theater, built in 1932 right off Park Street on Central Avenue.   It inspired the entire community, most especially its commercial neighbors on Park Street. A few years after the successful theater was built, businesses along Park Street began to experience renewed development.  In 1936, a large building was constructed at 1419 Park Street for a big business and a few other Deco buildings were built on the block at this time.  The family of Deco darlings built then are still there today, testimony to those hopeful times.

Longs Drugstore moved into 1419 Park sometime in the decade after it was built. Surrounded by other Art Deco buildings, a photograph from the 1950s shows the corner of 1419 with big bold Longs letters spanning the entire width of the building. 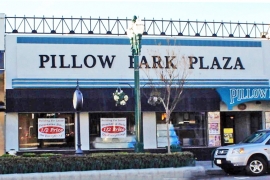 Alas, sometime in the 1970s, a facade “makeover” covered 1419 Park’s Deco details.  When the building was purchased in 1996 by current owners Frank and Debbie George, it had three tenants with the pizza store occupying the front space.  Resigned to their tenants, Frank and Debbie located their furniture and pillow store behind it.  When the pizza company moved, in 1999, Pillow Park Furniture was relocated to the front of the building and “Pillow Park Plaza” was born.

At this time, the Georges tried to restore some Deco detailing.  They exposed the original metal-trimmed, streamlined, Moderne awning which had been covered by the pizza awning and they painted the “scalloped” stucco parapet to match.  They also added a Deco-like metal rail above the parapet to give the building more height and presence between it’s two, taller Deco neighbors.  In 2006, anticipating neighborhood restorations, the Georges installed “The Town Clock” which they had purchased from Benicia Ironworks.

Park Street is in the National Register Historical District of Alameda.  Starting around 2010 with the restoration of the historic Alameda Theatre, the area received many public improvements.  Just like it was in the 1930s, the street was still an important commercial thoroughfare in Alameda and it retained many of its Art Deco buildings from earlier periods. The Georges still wanted to bring back more of the Art Deco character that had been lost in their building so, in 2011, they became some of the last recipients of Alameda’s Facade Improvement Program.

With only the metal-trimmed awning and stucco scalloping remaining, they used designer Mi’Chelle Fredrick to remodel the storefronts with a “Deco” look.  They had Golden Gate Sign 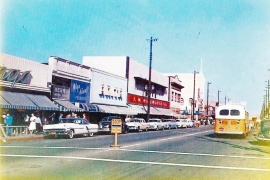 Company create a new vibrant black and red Art Deco design for their building sign.  They brought the front doorway back, installed new storefront and doors, and used black Deco tiles for the bulkhead.  When they couldn’t get the right color for the accent tile, they had custom tiles made in maroon.  Striped black and maroon awnings were selected to echo the original Longs awnings and Deco wall sconces complete the ambience. All dolled up with new coordinated colors and materials, this building is once again a Deco darling.