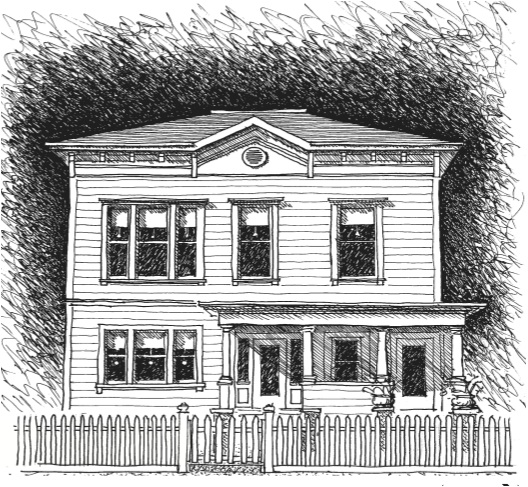 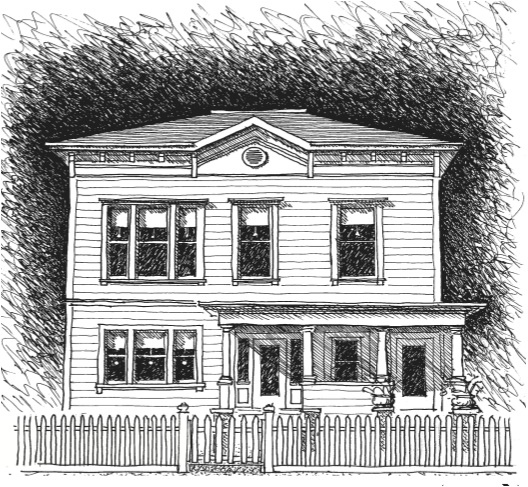 “A Return to Original Vigor”

“We wanted to return the house to its 1877 look and vigor,” said Kate and John Quick about their renovation of 1443-45 Ninth Street, a project they undertook with co-owner Michael Cullivan, Kate’s brother. The Quicks credit the high quality work on both the interior and the exterior to Michael “Duke” Relbin of Duke Construction in Marin County and his able assistant Julio Jimenez. The work, which started in 1996 and took nearly five years, was both thorough and extensive.

The Quicks and Mr. Cullivan bought the historic structure in 1973 because it met their need for a home with two units of relatively equal size. This was their first home owning experience. The Victorian two unit building, well over a century in age, is a favorite of young artists from nearby Washington School, who love to draw its clean lines and stalwart gable. Students have observed the restoration with happy anticipation. “This Victorian used to be all beat up looking; now it is beautiful! I think the first owner, Mr. Mattfeldt, would be happy to see it look new again,” said second grader Juso Ahmetspahic, whose drawings were on display recently in the Alameda Museum “Kids & Queen Victoria” show.

Before the house could receive Mr. Relbin’s “best paint job in town,” many other things needed attention. “We replaced damaged and missing decorations; we re-roofed, replaced split siding, and repaired worn sills and windows. Upstairs the ceiling had been lowered, and the windows had been shortened; we removed the new ceiling and returned the windows to their original Victorian height with wooden crowns.” They also totally rejuvenated the interior, re-engineered the front porch, replaced the back stairs, and installed a new foundation.The aim of their restoration was “to repair and protect the building so it will have many more years of useful life. Most of our renovations, including wiring and heating, seismic upgrades, insulation, and weather proofing, have made the structure safer and more energy efficient, without sacrificing its historic character.”

Looking about the interior of the upstairs, where the Quicks had lived for more than twenty years, John said, “I am ready to move back in anytime!” Kate added, “Our building will be there for Washington School children to admire, study and draw for another generation, at least!”