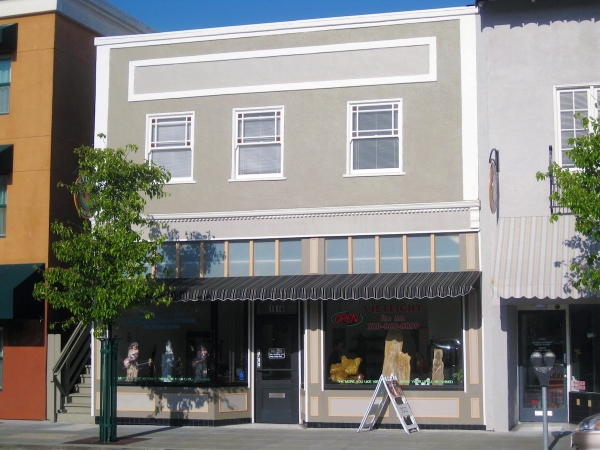 This storefront started life as J. Bonne West End French Laundry. The 1878 Victorian storefront has had many reincarnations since then. The building, along with its neighbor at 1612 Webster, had been in the same family for several generations and sold to the current owner, Charles Ma, about five years ago. With some seed money from Alameda’s Façade Improvement Program, Charles improved a run-down series of storefronts from 1604 to 1616 Webster. Success seems to be stimu- lating other business along this short but vibrant section of Webster Street, often a forgotten area of Alameda’s commercial community. 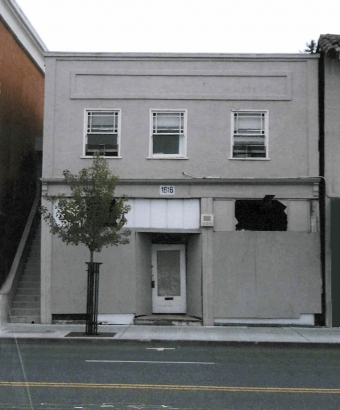 The building is wedged between two taller buildings. Built in 1875, the Victorian on the right was the West End Market, Webster Street’s first General Store. Both buildings were developed by William Holtz and were part of a small commercial district which sprung up at this intersection. The district was called “Long Branch” after a famous East Coast spa of the day. The local paper, The Encinal, even commented that “They are really pushing ahead at ‘Long Branch,’ quite a village has sprung up.” According to an 1897 Sanborn Map, by then, 1616 Webster was a cobbler and the French Laundry had moved to 1606 Webster.

The immediate neighborhood is a wonderfully preserved block of old one-story buildings that recalls Webster Street’s early business origins. Wooden buildings on this north end of Webster reflect the commercial development of the area from about 1875 when the West End Victorian resort boom started until about 1920 when development of the Bethlehem Shipyard spurred a boom further north on Webster.

Webster Street’s period of biggest growth was between 1915 – 1945 spurred by the Neptune Beach Resort and the shipyards at opposite ends of the Street. In 1921, the City issued a permit to 1616 Webster for $400 for alterations and the building was listed as “The Tank House.” Two more alterations occurred at this property in 1926 and 1938 and it’s likely the Victorian building lost its wood siding then in favor of the fashionable stucco Spanish Style, popular in the 20s and 30s. 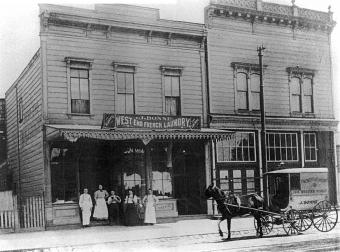 Previous owners also replaced the large double- hung upper windows with smaller Arts & Crafts style windows and removed the wood panel bulkheads and storefront windows and awnings. From 2005 to 2010, the City received numerous complaints about illegal residents, non-permitted construction, and the building was boarded up and neglected.

In 2011, Mr. Ma, with Sue Russell’s assistance, received funds from the City of Alameda’s Façade Program to replace awnings and windows, install tilework, and paint the façade in order to recapture some of the building’s Victorian character.

Because the building had been modified extensively, the Architect was charged with bringing back some of the building’s original details. Daniel Hoy added upper window trims, reglazed the upper windows, refurbished the original transoms, added a wood cornice, and recreated wood bulkheads, in addition to replacing all the windows and door.

Structurally, the entire ground floor façade was removed and rebuilt. The bottom floor listed 4” to the left so knee braces and shear walls were added for strength. The interior was gutted and the founda- tion and floor slab replaced while new stairs were constructed for the residential unit above.

The rehabilitation reused many materials to recreate a distinct façade. The design retains the stucco finish and windows on the upper floor but reintroduced wood finishes on the ground floor. The combination gives period ambience to the old storefront while soft colors are traditional and respectful of the building’s era.

While this small renovation project seems modest in the large scheme of things, in fact, it’s an important building in the context of Webster Street and commercial development in Alameda. The community is thankful to Charles Ma and Daniel Hoy for bringing this jewel back to life.