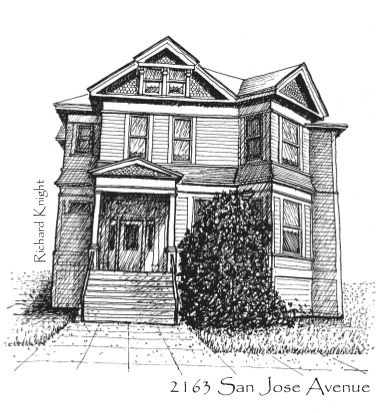 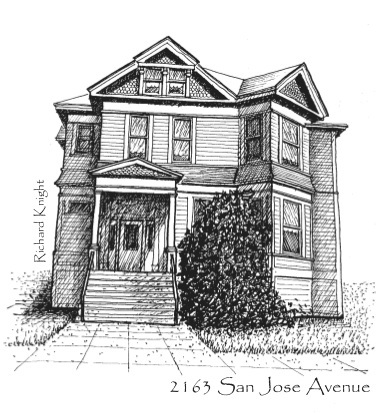 Two apartment owners are among the recipients of 1999 AAPS Historic Preservation Awards. The women who own 2163 San Jose decided to renovate their recently inherited but thoroughly dilapidated Victorian. “We wanted to show our pride of ownership after we inherited the building,” said longtime Alameda resident Dorothy Roodvoets, who will accept the award with her sister and co-owner Helen Heimenga. The ladies are the daughters of Nicholas and Tracy Viss, who had a real estate company in Alameda early in this century. The property has been managed by Jan Mason of Mason Management since 1987, and Jan helped guide the owners through the rehabilitation process. “Their property was in a state of disrepair both structurally and cosmetically,” according to Jan. “Dorothy and Helen decided to really do the job up right. That meant stripping off the asbestos siding, doing the seismic work, putting on a new roof, and reconstructing the trim. This effort improved the building from the foundation up, including the water tower on the back of the lot.”

Dorothy said, “We put many thousands of dollars into the property, because my sister and I wanted everything up to code and earthquake secure, with new piping and wiring. Besides having it look right, we wanted it done right.”

Little is known of the history of the structure, although the Alameda Museum information does list it as costing $4000 when it was built in 1894. The original owner was Benjamin S. McFarland, a saw and plating manufacturer who worked at McFarland Brothers on Brannan Street in San Francisco. Perhaps Mr. McFarland’s milling machines produced the very redwood millwork that decorated his own Victorian in Alameda. The last bit of the Museum data, which was compiled from a survey taken in the mid-1980s, included Curator George Gunn’s understated description of the property: “Exterior alterations: composition siding and ornamental millwork removed.” Thanks to this award-wining restoration, the siding is now gone and the ornaments are restored!