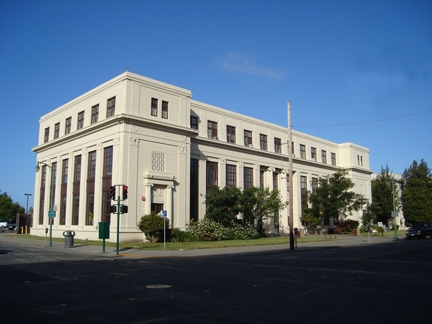 Constructed between 1924 and 1926, the Historic Alameda High School is a hallmark of the community—a physical manifestation of Alameda’s civic pride and rich architectural heritage and one of the city’s most recognized landmarks. Bay Area architect Carl Werner’s impressive classical revival design was listed on the National Register of Historic Places in 1977 and designated as Alameda City Monument #3 the same year. According to local historian and writer Woody Minor, Alameda High School is, “in terms of planning, relative cost, and architectural achievement, the single most ambitious and successful civic undertaking in Alameda’s history… the symbol of a progressive, intelligent community.”

Historic Alameda High School has a long and impressive preservation and stewardship story. After the local school board voted to demolish the school for a new building in the late 1970s, the community stepped in to save the historic school. Dedicated alumni, citizens, and preservationists worked for more than twenty years to raise hundreds of thousands of dollars to rehabilitate and retrofit the school building, helped along by Alameda voters who approved bond issues to support preservation, seismic stabilization, rehabilitation, and continued vitality of Alameda’s schools. 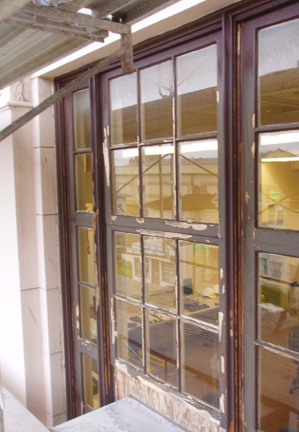 This tradition of community stewardship continues to the present day with the Alameda Unified School District’s work to repair, rehabilitate, and retain historic wood windows on the south wing of the Historic Alameda High School, which now houses the Alameda Adult School. As the high school approached its 80th birthday in the early 2000s, the venerable building’s unique double-hung sliding and triple-hung awning sash, many with ornamental metal-clad spandrels, were showing their age. Failing paint, dry rot, and inoperable sash were a blemish on the building and a problem for staff and students. The windows on the Adult School wing were in the most deteriorated condition, with the windows on the south and east elevations in the most dire condition.

In 2004, the Alameda Unified School District proposed repair of the windows at Historic Alameda High School as part of a comprehensive program of renovations to district facilities. Alameda voters approved a bond measure the same year that provided, when matched, $91 million to improve aging neighborhood schools and upgrade facilities district-wide. The window rehabilitation project at the Alameda Adult School wing is the first phase of a larger effort to rehabilitate all of the historic wood windows at the Historic Alameda High School. The work included careful repair or replacement in-kind of 75 historic wood windows, including several hundred wood sash, repair of the unique, specially-designed hinge system for the triple-hung awning windows, and salvage of glazing and historic sash for use in repairing other windows on the historic high school. The window rehabilitation project also improved comfort and energy efficiency in the building by installing silicon weather stripping on all windows, using low-emissive glazing in replacement sash, and removing window air conditioning units that prevented natural, low-cost ventilation. 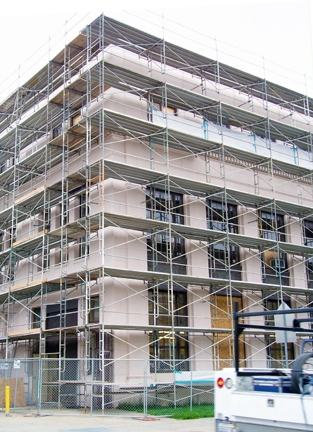 The careful attention to historic preservation methods in repairing and replicating the wood windows on the Alameda Adult School maintained a pivotal aspect of the architectural significance and beauty of Historic Alameda High School, and serves as a model for local best practices in wood window restoration. The historic value of Alameda’s classical revival high school and the tremendous contribution the historic windows make to its character shine anew, peeling paint and damaged frames giving way to crisp, clean lines and a vision of the civic monument that first greeted Alamedans in 1926.