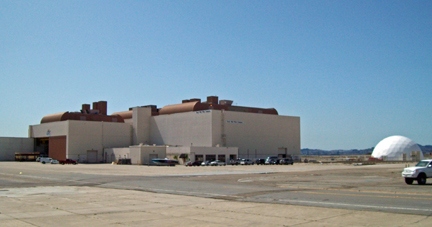 An article published in the July 30, 1991, issue of the Alameda Times Star, heralded a great step forward in addressing continuing environmental issues when it announced the completion of Bldg 024, a new aircraft painting and finishing facility located at the Alameda Naval Air Station.

The Federal Government’s efforts to reduce paint and solvent emissions into the environment from the Naval Aviation Depot’s (NADEP) operations had been typically bureaucratic. Appropriation of funds and construction of Building 024 were years in the making. Encompassing 63,000 square feet, Building 024 and its smaller satellite Building 024A cost $19,251,343.00 to construct. Inside, there are three large high-bay aircraft painting hangars, each one about 130-ft square. In addition, there are offices, staff locker, shower, and toilet rooms, a staff lunchroom, paint storage and mixing rooms, HEPA filter rooms and plenums, and hazardous waste, paint and solvent recovery and treatment facilities.

No one, least of all the Navy, would ever have predicted that only five years after completion, this state of the art facility would wind up being abandoned to the elements, vagrants, and copper thieves. Still able to meet current BAAQMD Air Quality Regulations, Bldg 024 has a current “Paint Application Permit.” This fact alone imparts significant value to the facility. Where else in the Bay Area can one legally paint a complete airliner, tractor-trailer rig, double-decker bus, or a construction crane?

Coach Specialties, which several years later became American Bus Repair, LLC, was the first private business to reoccupy Building 024. This large vehicle painting and repair business has been in residence for some ten years. A famous painting of theirs is the jet in front of Encinal High School. 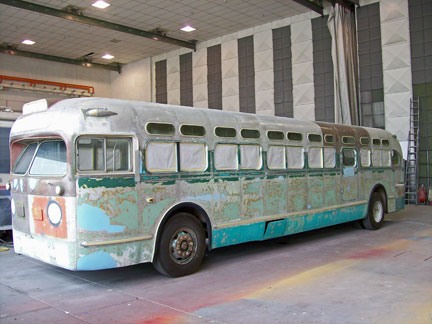 Big open hangar bays are attractive spaces to other businesses as well. John Walker, a special events coordinator, runs Area 51, an event production company. In addition to coordinating manufacturers’ auto shows, John has connections to the television and movie industries. Besides being a great event venue, one of those big hangar bays can function as an excellent movie set stage as well. 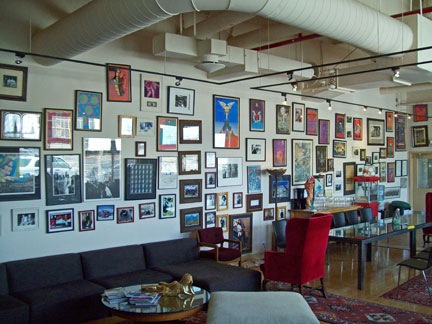 Soon, movies and TV productions were being made, including many episodes of the popular TV series, “Myth Busters”. The two mad scientists and their helpers crash, burn, and blow up stuff—all in their efforts to verify or torpedo commonly held Urban Myths. The relative wastelands of the former Naval Air Station surrounding Building 024, with abundant space, have become for them a site made by the gods. 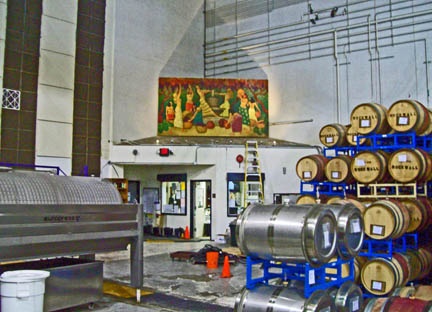 A few years ago, Kent Rosenblum, a local veterinarian, spectacularly sold Rosenblum Cellars, a winery he had begun in his basement. Many people, however, were unaware that his daughter Shauna was becoming quite adept at the winemaker’s art in her own right. She needed a place to practice, and Building 024 fits that bill magnificently. Established in 2008, Rock Wall Wine Company, besides making varieties under its own label, is home to seven other winemakers. The large white geodesic dome beside Building 024 is theirs as well, and makes a spectacular dining venue for private events, both large and small. 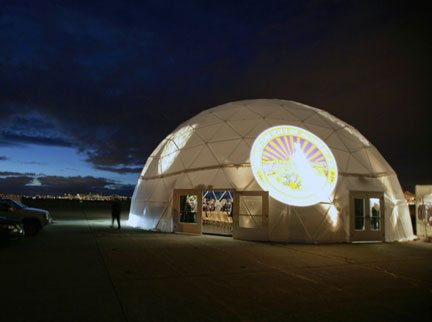 There has been much free association and sharing of spaces by all the building’s tenants. Their symbiosis has been truly amazing, offering great fun for observers, customers, and employees alike. Where else can you enjoy a glass of truly excellent wine while your bus is being painted, and watching an airliner go up in smoke or myth busted right in the middle of your billion dollar view of the Bay?