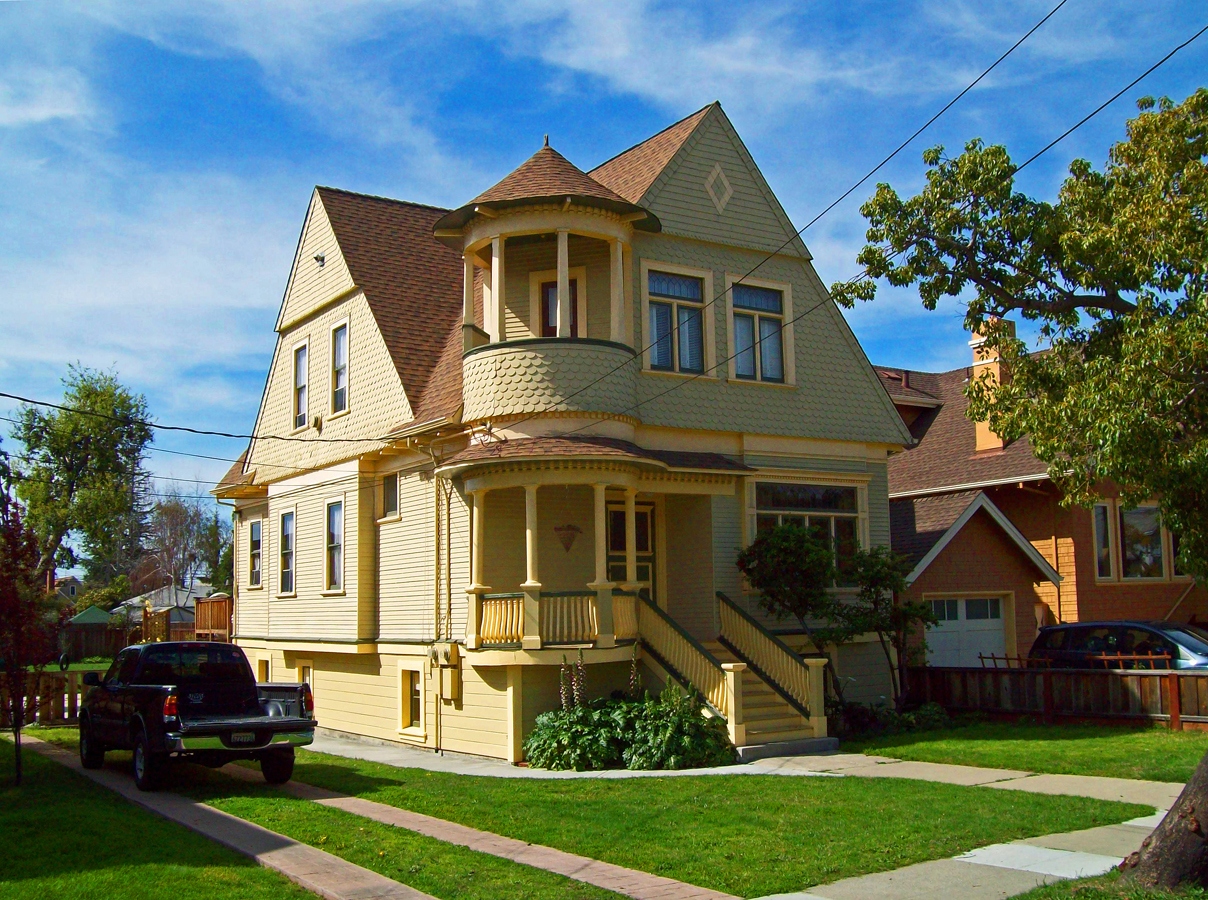 Briggs Avenue is off most people’s radar.  Ask most Alamedans where Briggs Avenue is, and many times, you’ll just get a blank stare.  Real old timers will remark that most of the houses around there were owned by Railroad People.  The South Pacific Coast Railway had a Freight Marshalling Yard at what is now that very wide portion of Encinal Avenue, running between High Street and Fernside.  Funny little tall and skinny houses face Encinal Avenue.  Behind them on Briggs Avenue, however, is an eclectic mix of unique house styles, many of whom seem to have originated in a child’s storybook.

Briggs Avenue was named for George Gregg Briggs, a ‘49er who like many of his peers, found gold mining poor paying hard work.  Originally from Ohio, he fell back on his experience in fruit growing, in order to make a living. Briggs established fruit orchards along the Yuba River near Marysville, but a devastating flood in the Winter of 1862, literally wiped him out.  Picking up what was left, he went south to Ventura County, and began planting orchards again. In 1864, his wife Emma died.  By 1867, Briggs had given up on orchards in Ventura County, subdivided his land into 150-acre plots, sold them, and moved to Northern California.  In 1868, he was living in Oakland. 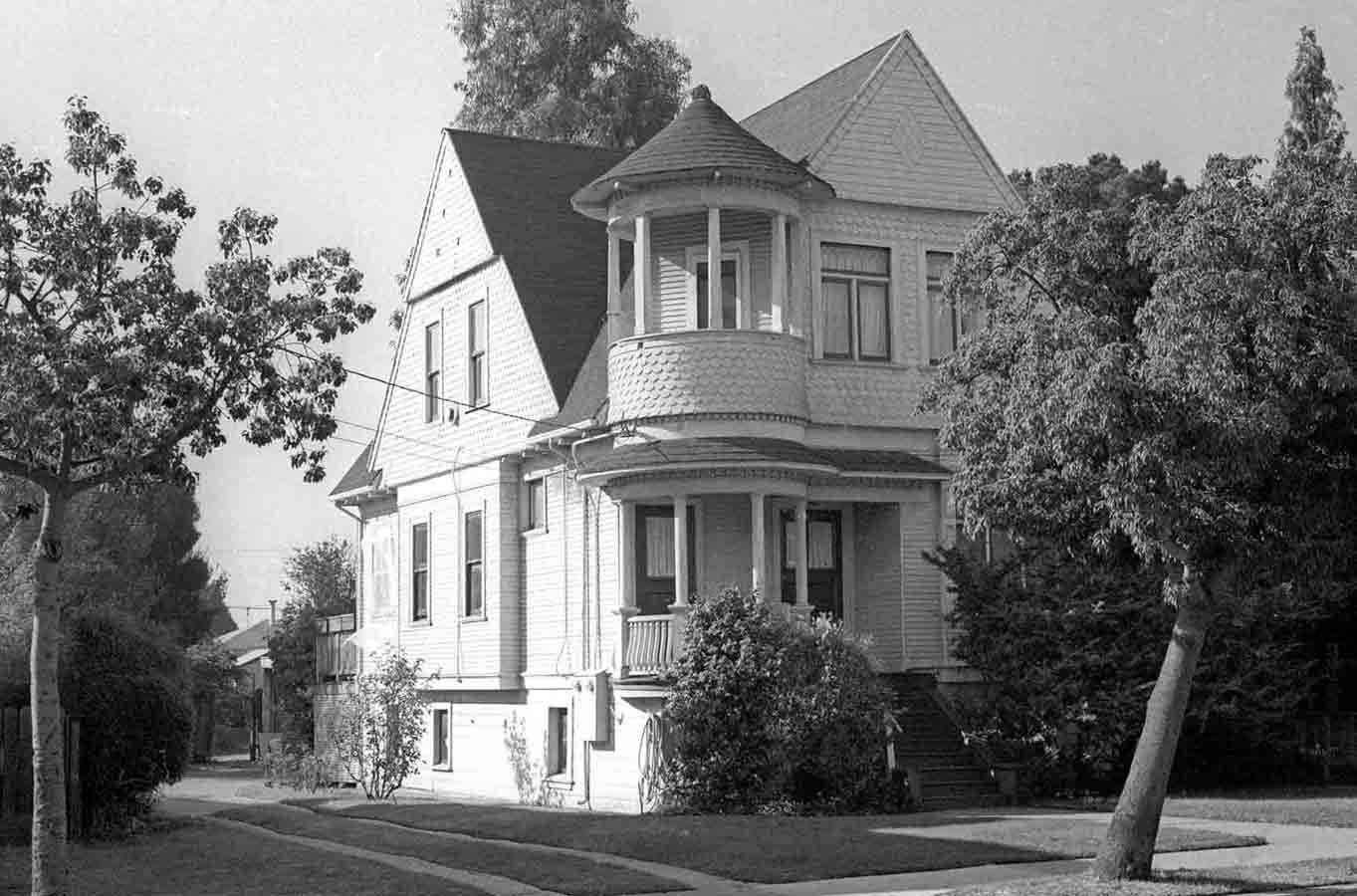 It is presumed that about this time, he acquired the property in Alameda now bisected by Briggs Avenue.  In the 1870’s, Briggs had moved again, and was living in Davisville (now Davis, California).  His Alameda land by that time had been subdivided into large lots, and sold.  George Briggs died in Davis in 1885.

Alameda’s 1897 Sanborn Map shows the subdivision along Briggs Avenue with only a smattering of houses on the lots.  Each map issue published by the Sanborn Map Co., however, was about a year out of date by the time it was distributed.  For example, the huge A. A. Cohen Mansion, “Fernside”, is shown, but we know it had burned to the ground in that year.  Not shown on this edition of the Sanborn Map, is a 2-story Queen Anne House with a unique two story turret porch built in 1897, by George Lydiksen, at 3264 Briggs Avenue.

Shortly after its original construction, the house was converted from a single family home to a duplex, containing two flats.  It became a rental for the next 75-years.  The quite large back yard grew into an overgrown jungle containing one large California Live Oak, and a gang of quite aggressive monster Acacia Trees.  Three years ago, the house came up for sale, its “as-is condition” a solid line of defense against all but the most intrepid, or unwitting, prospective buyers.
Real Estate Agent Denise Brady, who was helping Clive and Susan Hughes look for houses in Alameda, spotted this “Diamond in the Rough”, and aided the Hughes family in its purchase.  Her husband Scott Brady, an architect, helped the Hughes in making technical decisions. Large power tools in hand, Clan Hughes tackled the jungle and deteriorated house with equal abandon.  Among the many things which had to be done, were construction of a new foundation, repair of porches, steps reconstructed, plaster and woodwork repair, plumbing, wiring, dealing with an old chimney, and the list goes on.
After two years’ continuous work, Clive and Susan Hughes have recreated a place of beauty, and the results are stunning. Again a single family residence, this house is also home to two little girls and a big brown dog. From diamond in the rough, it has become a Queen Anne Castle with a storybook ending.