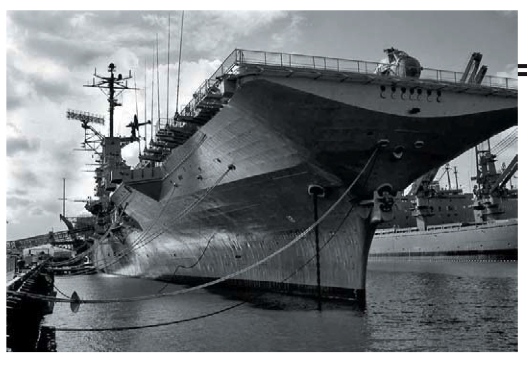 In May 1999, the Alameda Architectural Preservation Society (AAPS) presented the Hornet Foundation with their first preservation award for preserving a buoyant reminder of the Navy’s legacy in Alameda and to acknowledge the herculean nature of their work. The daunting task of restoring the 41,600-ton Hornet continues to this day and in recognition, AAPS proudly presents this 2004 award.

The USS Hornet, located at Pier Three of the former Naval Air Station in Alameda, California, is a registered State and National Historic Landmark and Museum. From her launch in 1943 as one of the Navy’s largest and fastest aircraft carriers in World War II, to her recovery of the Apollo 11 and 12 astronauts upon splashdown in the Pacific, the USS Hornet’s achievements and awards are unparalleled in the annals of the United States Naval history. Despite her reputation as the Navy’s “Crown Jewel,” the USS Hornet is striving to forge a new history as a sea, air, and space museum.

In 1991 the USS Hornet received State and National Historic Landmark status, a monumental step toward the goal of preparing for service to the community as a museum. In the mid-1990s, a small group of dedicated volunteers formed the core committee of what would later become the Aircraft Carrier Hornet Foundation. From mid-1995 to May 1998, this group formed a nonprofit organization, raised startup funds and worked successfully to save the USS Hornet from the Navy scrap yard where she was destined to go after being mothballed in 1970. From May to August 1998, the members of the Foundation burned midnight oil restoring portions of the ship for visitors and operations, assembling staff and volunteers. The USS Hornet Museum officially opened her “hatches” to the public in October 1998.

In preserving historical accuracy, the restoration crew strove to restore major areas such as the Flight Deck, Island, Hangar Deck and Second Deck. The USS Hornet’s almost thirty-year history involved several retro-fittings, redesigns and rebuilds (once in the wake of a powerful typhoon in 1945 which completely destroyed the forward portion of the flight deck), so the decision was made to restore the ship to the way it looked upon decommissioning. This decision helped to ensure that all restoration would be consistent with one historical time period. The ship’s volunteers, mainly former Navy crew and officers, provided a “human” context for the restoration, filling in gaps where consultation was needed to determine accurate paint scheme, appropriate artifact retrieval and installation.

When the ship arrived at Alameda Point, besides requiring considerable restoration she needed to meet the requirements of several agencies and oversight organizations, including the Bay Coastal Development Commis- sion, City of Alameda, Environmental Protection Health Administration, and the Department of the Interior. Af- ter completing time-intensive clean-up tasks such as asbestos removal, foam and lead paint stripping, the installation of sprinklers, alarms and lighting to comply with Fire codes, the crew could then begin restoration of the chief spaces to accommodate visitors and staff. The long-term goal was to restore all of the Super Structure, Hangar Deck, Second and Third Decks, and several spaces on the Fourth Deck. The engine room, occupying space on both the Fifth and Sixth Decks, would be the major exception to the general designation of spaces slated for restoration.

At the outset there were several main areas that received restoration efforts. These areas were first to be cleaned, painted, ducts reattached, electricity restored and made to reflect a “near-operable” condition. These included the Hangar Deck, parts of the Island and Captain’s Bridge, the Officers’ Wardroom, the Chief Petty Officers’ Mess, and Ready Room Three (one of four “briefing rooms” where Hornet pilots received mission instructions). All operable machinery and technological devices on board were disabled upon de- commissioning, but the Museum’s intention was to provide a glimpse into how the ship would have operated when still in service.

Other areas restored soon after the main spaces included the Medical Spaces, Forward Engine Room, Repair Station #3, Ship’s Theater, and Berthing Spaces for the youth Live-Aboard Program. The crew also restored a variety of equipment to operable condition including the Aircraft Elevator, Elevator Doors, Bomb Elevator, Jet Blast Deflector, Radar, Anchor Windlass and 1MC speaker system. These improvements have allowed the museum to host monthly “Living Ship” demonstrations to simulate the operation of the ship while underway. Visitors can witness everything from transporting aircraft from the Hangar Bay to the Flight Deck via the Elevator to Mission Briefings in the Ready Rooms.

In the past two years, the ship’s crew has restored areas such as the Aft Engine Room, Crew’s Mess Deck, Main Galley, Torpedo Workshop, Catapult Room, Dental Spaces, Metal Shop and Machine Shop. Equipment restoration included the Escalator, Elevator 2, Torpedo Elevator, Searchlight, Crash Barricade, Flight Deck Lights, Tire Shop, 3,000psi Air Compressor and Cathodic Rust Protection. Exhibits high-lighting the Apollo recovery, anti-submarine warfare, the Hornet ships through time and various aircraft are also on display. The restoration required to offer an unforgettable visitor experience has been painstaking and demanding of extreme volunteerism and generosity. The support of the local community has been instrumental in aiding restoration progress. Celebrating her 60th anniversary at the end of November 2003, the USS Hornet reached a five-year milestone as the West Coast’s first aircraft carrier museum. Ongoing restoration will continue to provide a vehicle for interpreting her legendary past to groups of the future. 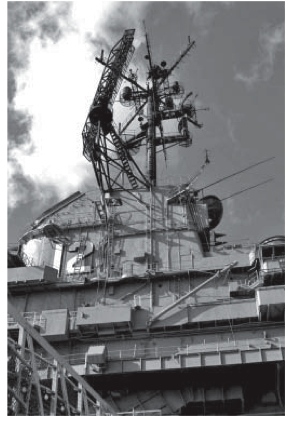